One of today's frequently emerging adages is that the character of war is changing. The rapid pace of technologies and nascent domains of war such as cyberspace are turning what used to be tactical issues into issues of strategic importance.

"If we don’t win the cyber/[electronic warfare] fight, then the maneuver fight may not matter because we may not get to it," Maj. Gen. Wilson Shoffner, director of operations at the Army's Rapid Capabilities Office, said in early June, noting that the decisive fight may well be the electromagnetic spectrum as opposed to maneuver.

Moreover, if communications are disrupted via jammed radios — which are increasingly more susceptible to cyber and electronic attacks as demonstrated in Ukraine — then campaign plans could be significantly affected.

To help close operational gaps and harness the evolution of commercial technology, the Army recently held its second Cyber Quest exercise, which is a cyberspace and electronic warfare experimentation and collaboration event held at the Army Cyber Center of Excellence in Fort Gordon, Georgia. It involves a search for emerging technology, ideas and concepts that could yield solutions for future requirements in realistic and replicated operational environments. 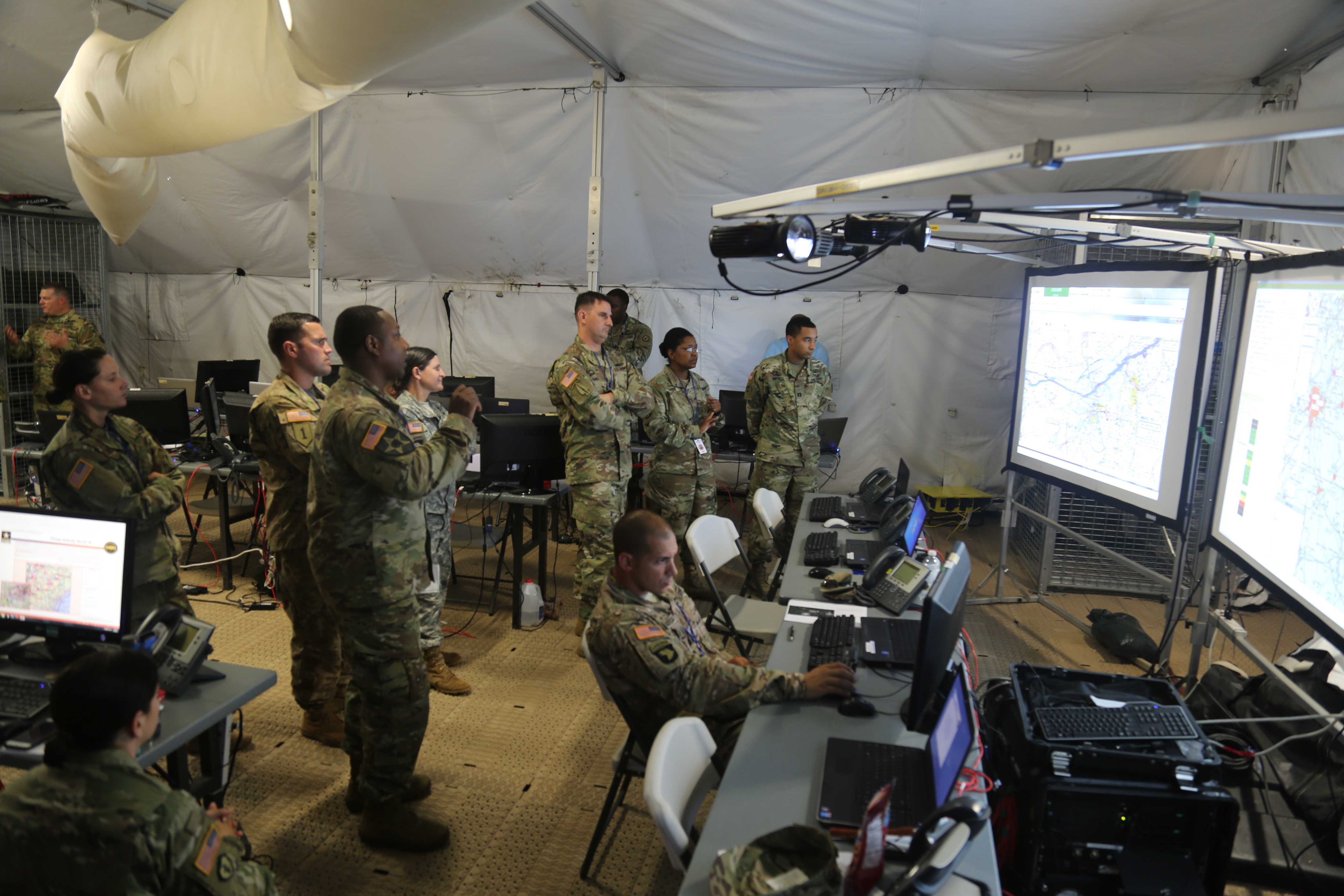 The Army identifies operational gaps that get passed to industry, academia and acquisition teammates who come to Cyber Quest with capabilities that are put in the hands of soldiers, Morrison said. The soldiers handling the equipment help to determine how these solutions might inform future requirements, doctrine and operational concepts, he added.

"This is key in a space that is ever-changing," Morrison noted. "Cyberspace today is not going to be what cyberspace is tomorrow."

Cyber Quest will assist the Army in its requirements process. Morrison pointed out that the service is in the midst of developing requirements for a number of operational gaps identified for the exercise.

This will allow the Army to have solid operational concepts that underpin requirements and better inform the acquisition process.

One of the areas of which the Army will focus is the world of cyber and the electromagnetic spectrum. "The traditional acquisition model will not work. I’ll be that definitive," Morrison said, adding that the service is trying to shorten the timeline here.

"If we develop requirements today, and seven years from now we’re trying to field a capability in the cyberspace domain, it simply will not work. We’re behind before we even start."

The 40 capabilities brought to Cyber Quest by 27 vendors this year were tested in scenarios developed by Army Training and Doctrine Command that incorporated many of the threats that would originate from near-peer adversaries.

Everything was done with an eye toward the near-peer adversary, according to Lt. Col. Stephen Roberts, the lead project officer for this year's Cyber Quest exercise. Capabilities and measures were made to look like those seen in the battlefield, he said, so they could be assessed against specific real-world threats.

Morrison said some scenarios were built in where critical systems were "spoofed," meaning the adversary was actually trying to make forces think something was happening inside the operational environment that wasn't actually occuring.

Solutions for defensive cyber operations capabilities were also tested. Some of these solutions "are things that would be utilized to defend our networks and provide an operational edge for us to not only detect new attacks against our network but then also remediate those attacks in a rapid fashion," Roberts said.

Currently, it takes hours or days to detect or remediate these issues at the tactical edge. he noted. The service is trying to get that time frame down to minutes.

The exercises also served to conduct risk-reduction efforts for government-developed solutions and programs. Program managers and program executive offices put forth programs of record while labs such as the

Morrison said these government solutions were undergoing operational assessments of capabilities being examined by acquisition teammates deeper than where current programs of record are. This, he said, allows soldiers to get their hands on kits to provide feedback and take the right risk-reduction direction.

Mark Pomerleau is a reporter for C4ISRNET, covering information warfare and cyberspace.

US intelligence satellite launches from California

The NROL-85 satellite lifted off from Vandenberg Space Force Base aboard a two-stage SpaceX Falcon 9 rocket.

The new leader of the Army's Network Cross-Functional Team has a unique understanding of soldiers' network needs in the Indo-Pacific and Middle East.

Experts pointed out signs of the service's joint war-fighting spending priorities and weighed in on possible reasons for the secrecy.

'We weren't born digital': The obstacles to getting AI to the battlefield